10 Tips to Increase Your Earning Potential

Look, most people are tired of reading about how they could own a home only if they ate less avocado toast or drank fewer lattes. Saving money and living by a budget are certainly good goals, but there’s only so much you can really cut. Often, it’s going to require increasing your income to really get ahead or even stay afloat. We’ve pulled together some tips to increase your earning potential to help you get there.

Ask for the Raise

It’s incredibly common, especially for women, to fail to ask for regular pay raises. Even if you’re not getting them, you may come to learn more about how the system works or whether the company is historically tight-fisted.

Discuss What You Make

There are some exceptions to this, so make sure you understand your specific situation first. However, workplace rules that stop you from discussing what you make usually violate the National Labor Relations Act, a federal labor law. It’s still considered a social faux pas in some places, but the more we’re willing to talk about these things the more we may be able to bargain for as employees.

Look for a New Job

What’s one of the top reasons people say they switch companies? They want the boost to their paycheck that comes with it. A new position often comes with increased pay, and research seems to back that up.

Performance reviews are often the first step to a pay raise. Make sure you understand what falls under your responsibilities and make sure you’re doing well in those areas. If they’re unwilling to talk raises even when you’re a productive employee, refer to the last step. Companies that don’t reward effort aren’t ones you need to waste your time in.

How many times have you meant to ask for a raise…only to let the moment slip by? It’s difficult to actually say those things out loud for some. Try practicing the conversation with friends or family to work out the kinks.

Mentors come in all varieties. Really what we’re saying here is to find someone who has done something you hope to accomplish who’s also willing to discuss the ins and outs with you. That includes people who have made career changes, too.

This one can be difficult to do the math on, especially if you’ll be on the hook for the many tens of thousands of dollars that some degrees cost. If you’re a bit older, will the student loans wipe out the gains of an increased income? Is this field going to be hiring when you’re done with school? How about 10 years down the road, when you’re still paying those loans?

This one is similar to the last point, but usually less expensive. Instead of enrolling in a program, see if you can pick up a specific skill. Computer programming is a big one, and can be self-taught depending on how you go about it. This can either lead to a better role in your own company or a new job down the line that pays more.

The gig economy can be good for some workers, depending on how they use it. One-off jobs and contract work may give you some experience in different fields that you didn’t have before. That experience can now go on a resume. Plus, the side work itself will generate income.

Look at Industries on the Rise

If you’re going the different job route, look at fields where there’s going to be more demand in the near future. As these fields grow, those with experience may be able to rise more easily through the ranks.

10 Ways to Explain Finances to Kids 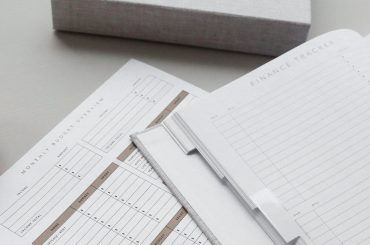